Short macro lenses tend to be popular, especially for smaller mirrorless systems. It's probably due to the their compact design fitting perfectly to smaller camera bodies and their affordable price tags. I guess it's also easier to design and cheaper to produce them than tele macro lenses. Sony has the 30mm f3.5 macro (I use it frequently and reviewed here), Canon EOS-M system has the 28mm f3.5 and DSLR users can use the 40mm f2.8 lens for Nikon and 30mm f2.8 for Sony. The only problem with those lenses is the extremely short focus distance. At 1:1 the subject is just few mm from the front glass of the lens and the camera usually cast a shadow on it. So lighting the subject properly is extremely difficult. You can forget the built-in flash and even external flashes you can tilt down will lit behind the subject. Ring-flashes and lens attached twin-flashes might work. My fiberoptic twin-flash adapter, of course would be a perfect solution, but I'm not ready with the new design (it will be a three-armed adapter), so I wanted to create some easy to use adapter for macro snapshots. I still had some styropor (styrofoam) wrapping material from the Christmas presents. It's easy to cut, carve and make various forms from styrofoam but it's not so sturdy and makes lots of dirt while working with it. The idea behind the design was to use a mirror at 45 degree in front of the flash had to reflect the light down where an angled styrofoam ring around the lens further reflect it to the subject.
The core is a styrofoam ring around the lens with an opening on the top. I glued two panels together to start with but the glue is not completely white, so it's better to get a wider panel.
Cutting is easy since clean cutting surface is not really the aim because the light should be scattered. Finally this is the form I found the most promising. 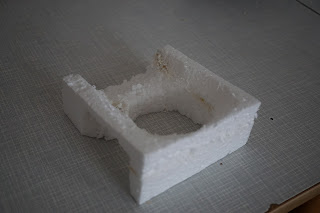 I carved a bit the right back side because of the grip of my Sony A6000. I used cardboard for the attachment to the flash. I glued a mirror (cheap plastic based) to the contraption and in addition I covered it with reflective tape inside. 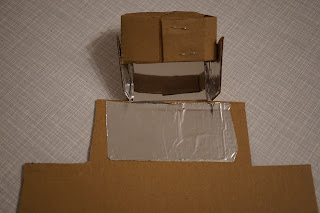 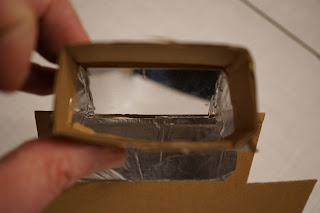 After some adjustment I glued the two parts together. You can see the adapter below (outlook is not final). 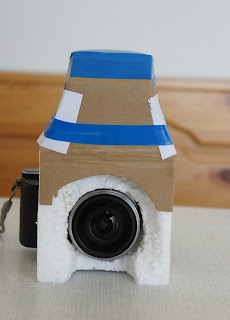 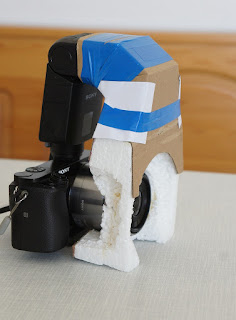 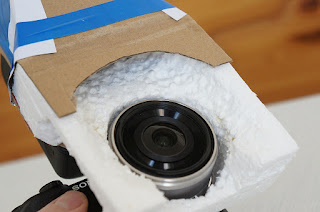 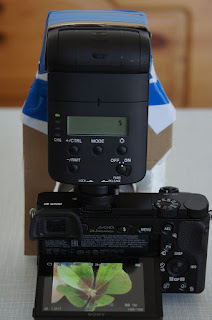 First I wanted a perfect circle but I also wanted manual focus, so I cat out some part from the bottom. Here you can see the light pattern it provides. It's not surrounding the subject and it reflects more light to the top. 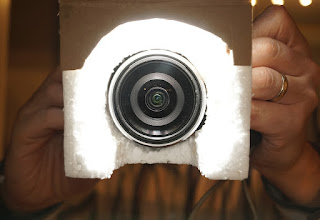 However, I don't see it as a problem. It's quite natural that more light is coming from the top. Only in case of portrait format macro, one side will be brighter, but it's fine for me. 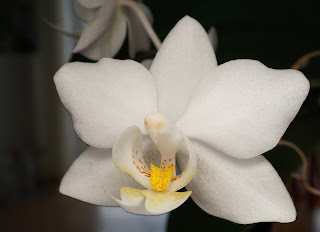 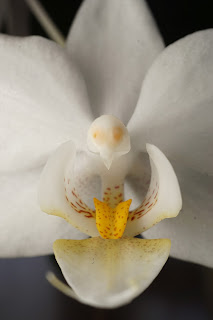 The flash I use is a SonyHVL-F32M I've just recently reviewed.


It's wintertime in Germany, so I have not much opportunity to test it, but so far it works well in TTL mode. Some subject requires + or – corrections. The light is nice homogeneous, but it's always the same and you don't have too much creative options. A flexible arm system with optical cables would give more creativity, but in most cases this lighting is just perfect. 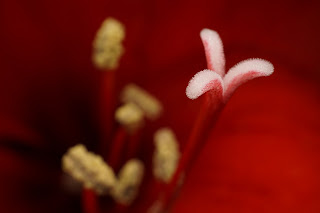 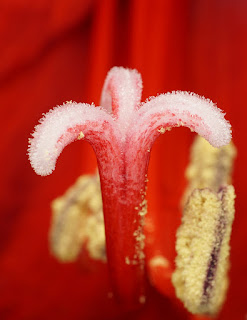 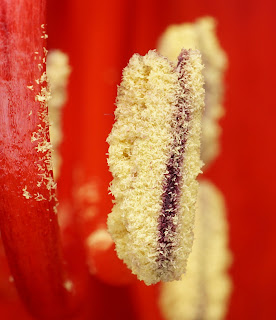 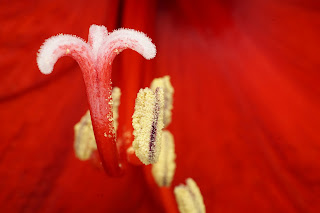 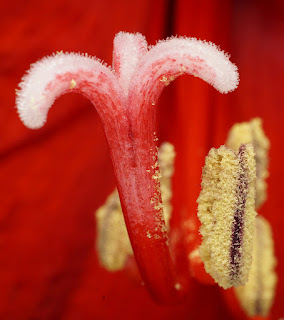 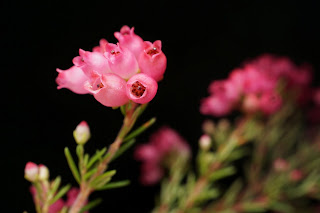 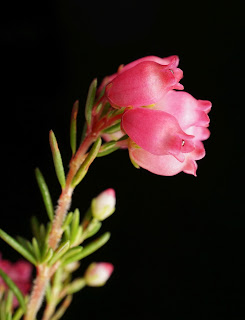 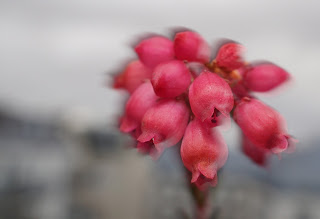 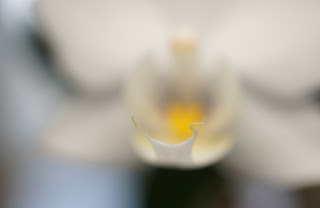 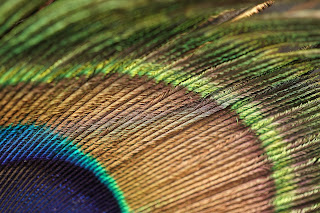 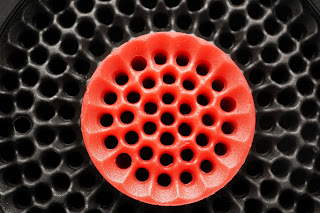 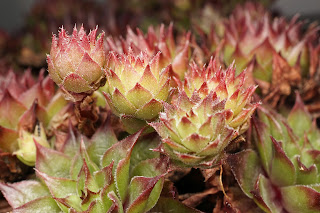