Changing the viewpoint in photography can be rewarding. Many of my wide angle macro photos are taken from ant’s perspective, which makes them specific. I also like aerial photos but I never had a chance to try by myself. Couple of years ago I bumped into a wedding photography blog (don’t remember which one) where the photographer threw up the camera to the air in the middle of the circle of the wedding guest in a constant shooting mode hoping that few of the photos will include the guest. I liked this random approach but I would never risk my camera. However, I wanted to try photography from a bird’s view. Another inspiration was, when I met a guy in a park using a giant monopod taking photos of the new channel harbour in Leipzig. I’ve checked the prices and such long monopods start from 200 euro. Hefty price just for experimenting, but it’s definitely worthy for professional photographers.
Last year the local chain store Aldi was selling cheap angling sets and the idea for a new project was born. I don’t remember but I paid around 15 euro (including reel) for a strong telescopic 3 m fishing rod. Choose something intended for big fish (giant carps or catfish) if you want a stable monopod.
I’ve simply cut the last ring and removed the last flexible piece. The difficult part was to install a ¼ inch screw to the end piece. It’s in general difficult to get such screws in Germany but I found a good internet vendor (http://www.zollshop.de/) with a great selection of non-metric screws compatible with the photo camera’s standard. I’ve tried many things and I still don’t have a final good solution. I used a threaded rod with a nut in the middle and glued it into the top part. I run out of sugru mouldable glue, so I tried a similar product from teas glue. But it didn’t work, so I quickly ordered a new batch of sugru. It’s expensive but perfect for DIY projects. 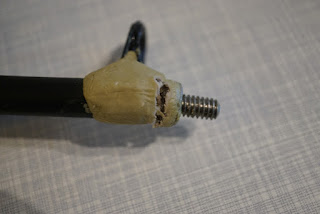 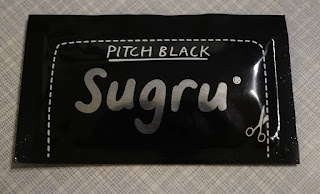 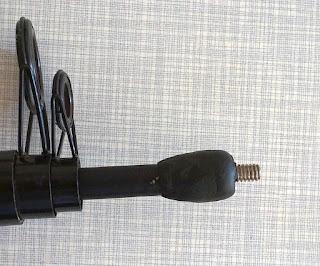 Another important part is the remote controlling of the camera. Few years ago it was still very expensive thing, but modern cameras include various solutions for it. My current sony A6000 can be well controlled from a smartphone via wifi.
The last missing peace was a flexible holder. I found it in an unusual place. I was waiting in the primark shop waiting for my family shopping for clothes, when I bumped into the lazy arm smartphone holder. I don’t remember but it was below 8 euro so it was an instant buy. You can find similar things under 10 euro/USD under various names. 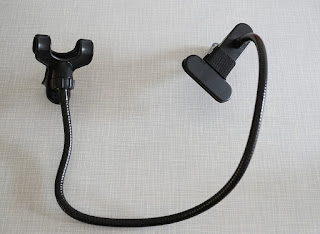 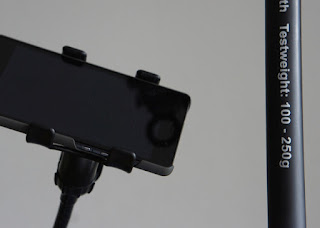 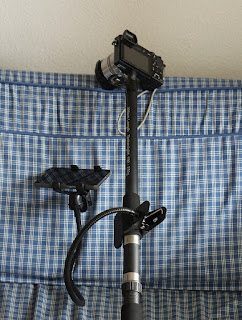 The fishing rod is not really designed to hold heavy things and have force from the top, therefore, just for additional safety to prevent that the parts slides accidently together, I applied some tapes to prevent it (at least for the top parts).


You can further improve it by adding a ball head to the system. The final DIY monopod was easy to handle. Maybe it’s not appropriate for heavy DSLRs with fast chunky glasses, but it worked well with my mirrorless camera with a fisheye lens. 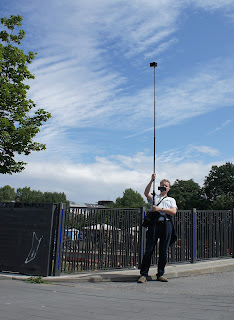 I took only few photos. Nothing special but it convinced me about its potential. I will probably use it for the coloured leaves in autumn more. 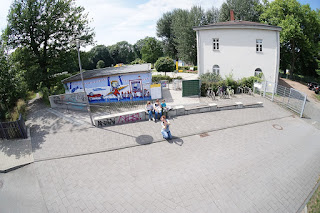 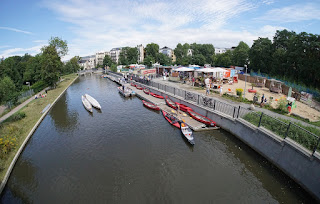 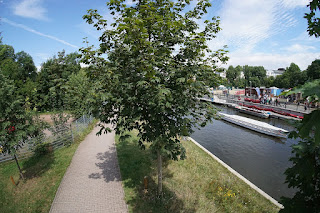 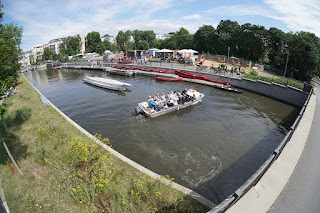 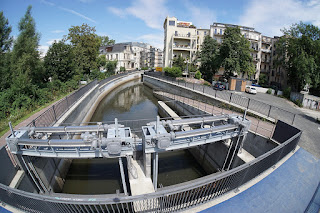 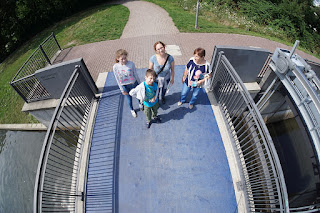 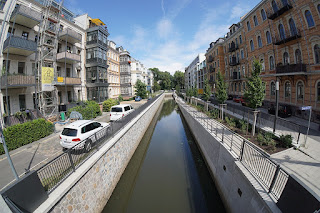 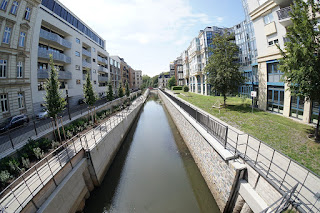