The nex-5 is not really good for strobist applications. I bought a Yongnuo YN460-II to use as a wireless strobe with it but the results were very hit and miss. To use it outside in bright condition was hopeless. Few weeks ago I saw a thread on dpreview http://forums.dpreview.com/forums/readflat.asp?forum=1042&message=41594135 with some nice macro applications. Scott, the OP even referred to my blog :-)
He used a fiber optic cable to sync his nex with a yongnuo.
Using this idea I also created my version using lego bricks, cardboard and duck tape and some 1mm diameter fiber. This is the first version: 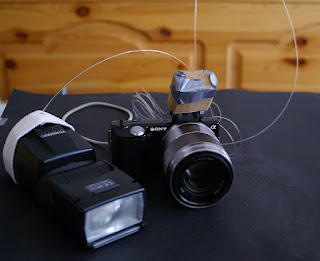 It worked well in the room and also in the forest but later on under bright sun it failed due to the light leakage. The other problem was that the fixing with the rubber band covered the buttons on the back. I created a new way of attaching the fiber to the sensor of the flash using  velcro: 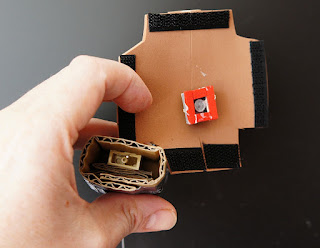 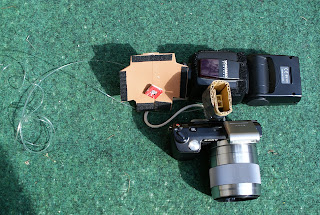 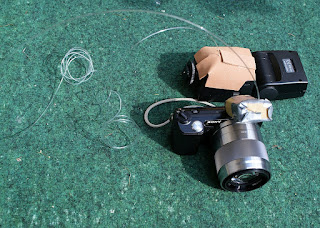 Now it synchs correctly even under direct sunlight and the buttons are free to operate. So far I have only few photos with this set-up (using rim lighning of course): 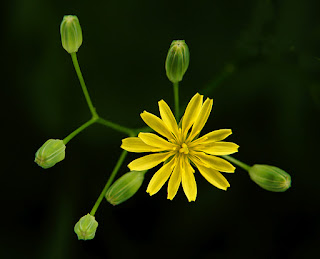