After many months of planning and even more months of delay the new twin flash adapter has been born. This is basically the big brother of my previous twin adapter I made for my sony nex-5. It still rocks and I use it quite frequently but I wanted to make a similar one for my DSLR as well. I hoped that I can improve further the design and I planned to include some new idea. The more powerful strobe I have for the sony a100 hopefully opens some new opportunities to use it also for outdoor portrait photography. 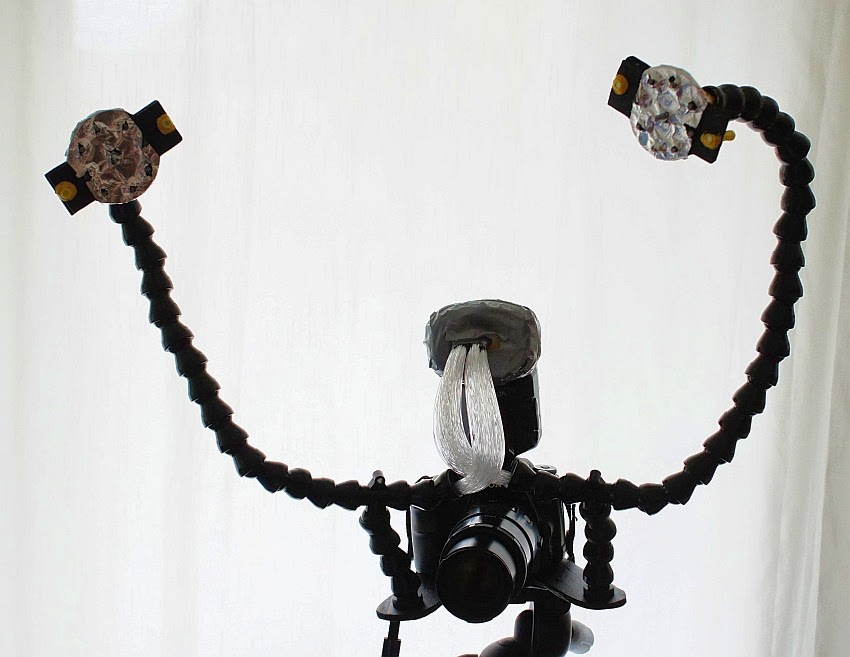 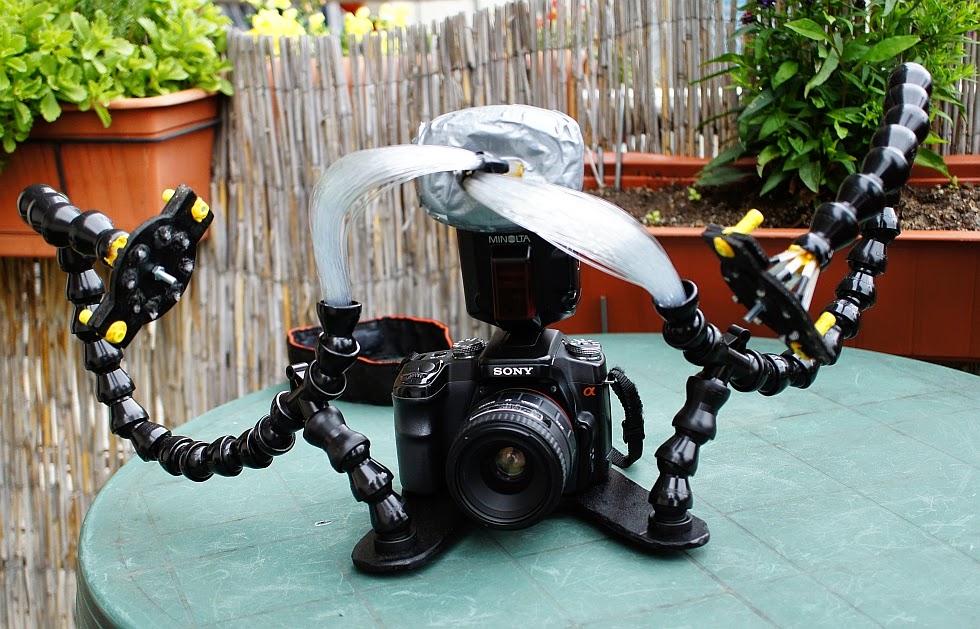 Let me summarize the changes compared to the small twin-flash adapter:
The following items were used from loc-line:

In addition I used approximately 150 m from 1mm diameter end-glow fiber, some glue (also SUGRU), wood sheet (8mm) for the base plate, screws, and various tools.
The whole concept and the work was the same as in case of the little brother, so I would just highlight some basic differences: 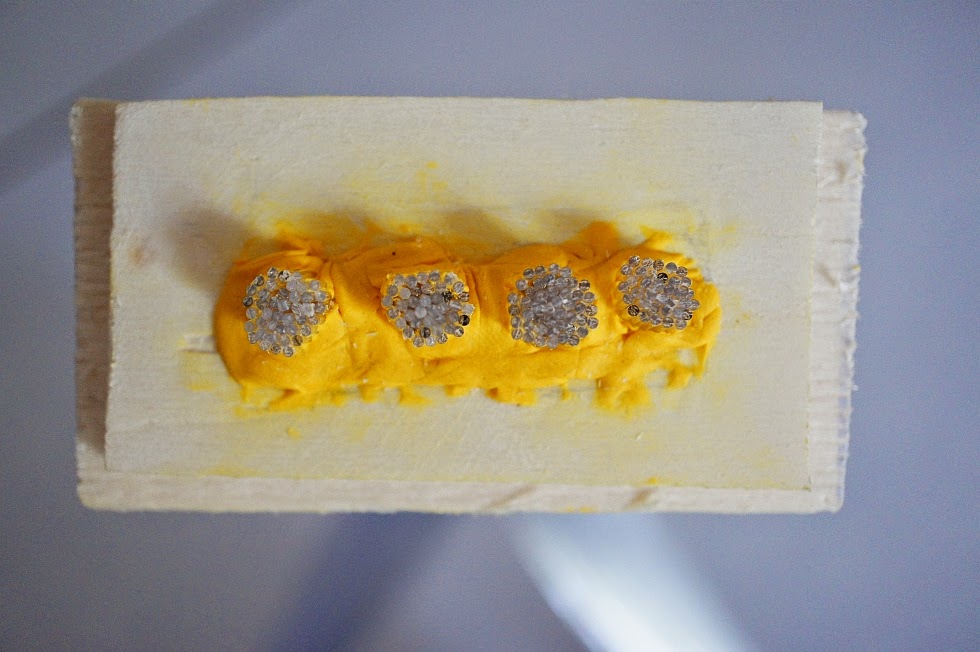 It didn't work that well to fix the fibers to the loc-line hose, so I needed extra glue to fix it (I may tape it at the end as a final solution). : 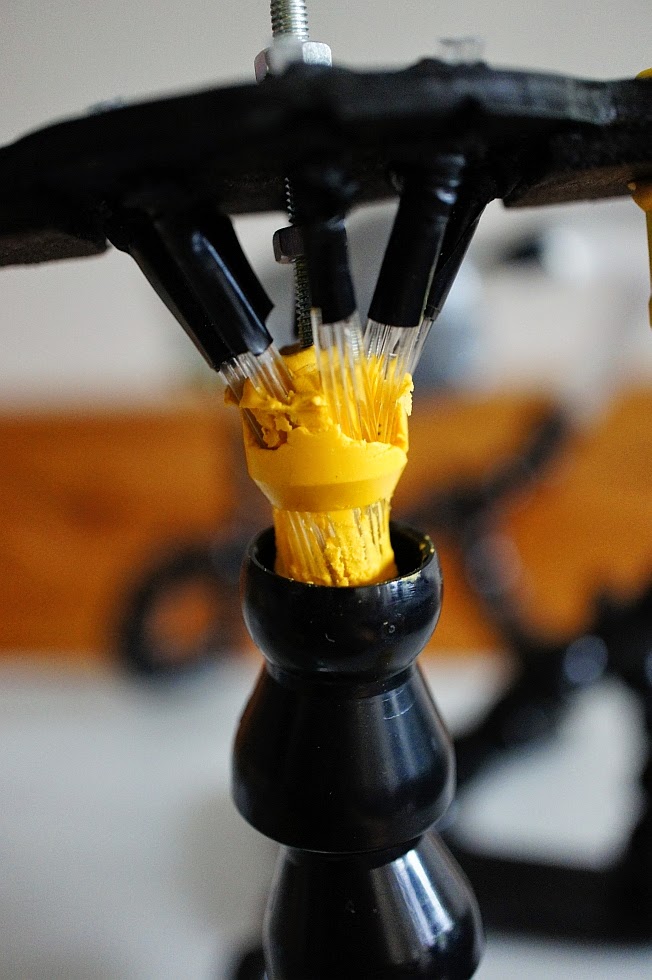 I arranged the fibers in a circle format using a wooden plate (airbrushed to black before). I drilled 8 holes after sawing out the intended form. Black SUGRU was used to fix the branches into the holes: 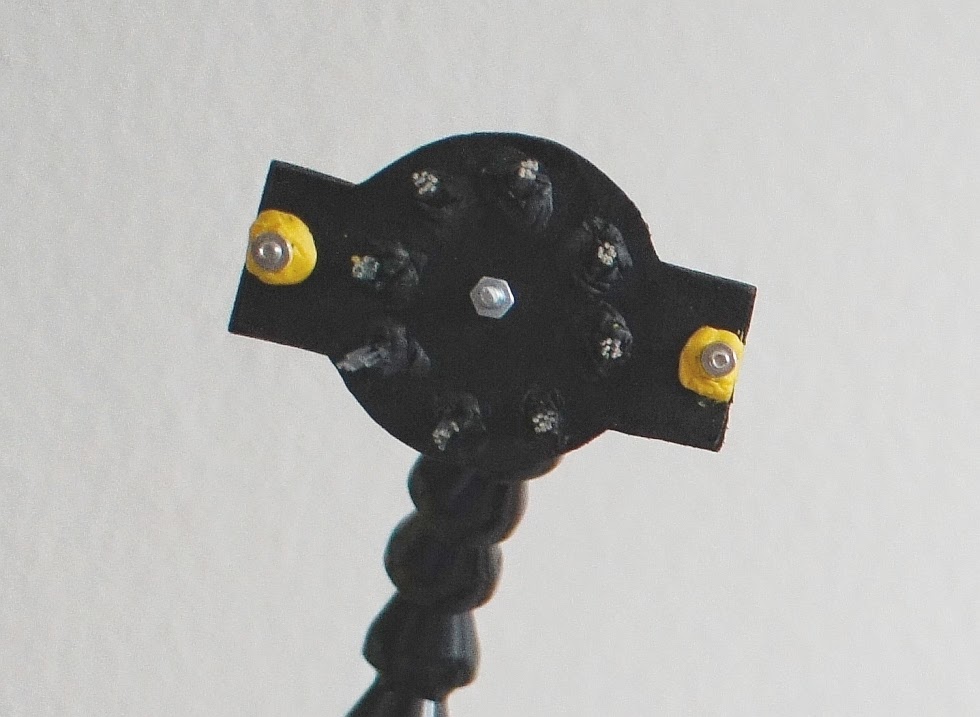 I wanted to use some advanced way to attach the light modifiers to the end of the arms, so I fixed two magnetic rods to the sides of the wooden plate. The two yellow magnetic rods were fixed by yellow sugru. You can also see a male screw intended to be part of the soft box (it was too small and the magnetic force was to weak to hold it firm, so I used a bigger one in the final version: 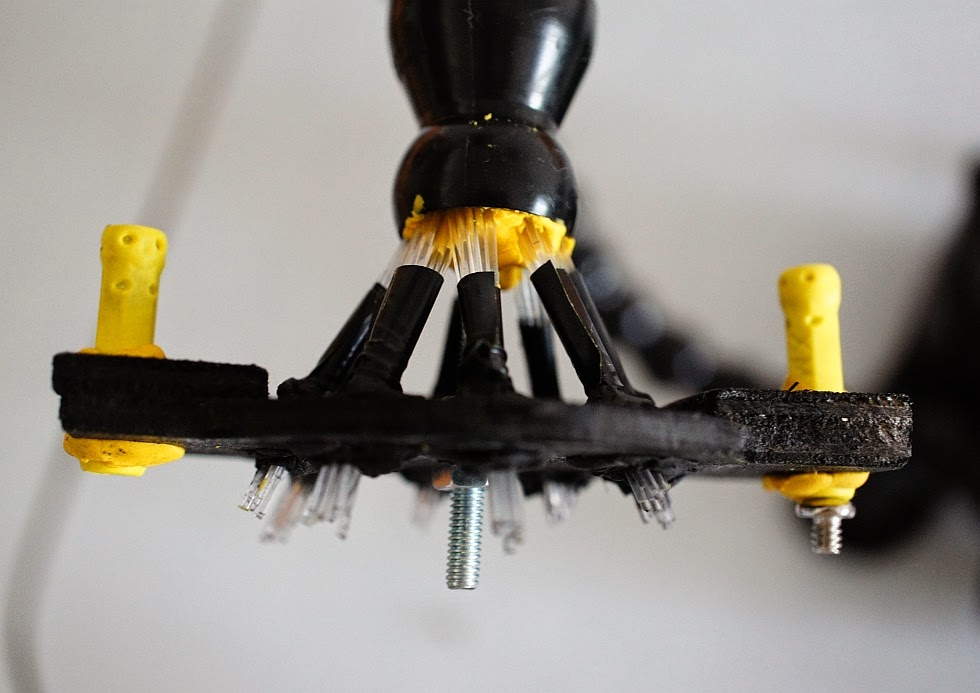 For the attachment of the fibers to the strobe a plastic container was used. To help the cutting a front opening a hot needle was used to pierce the rather stiff plastic: 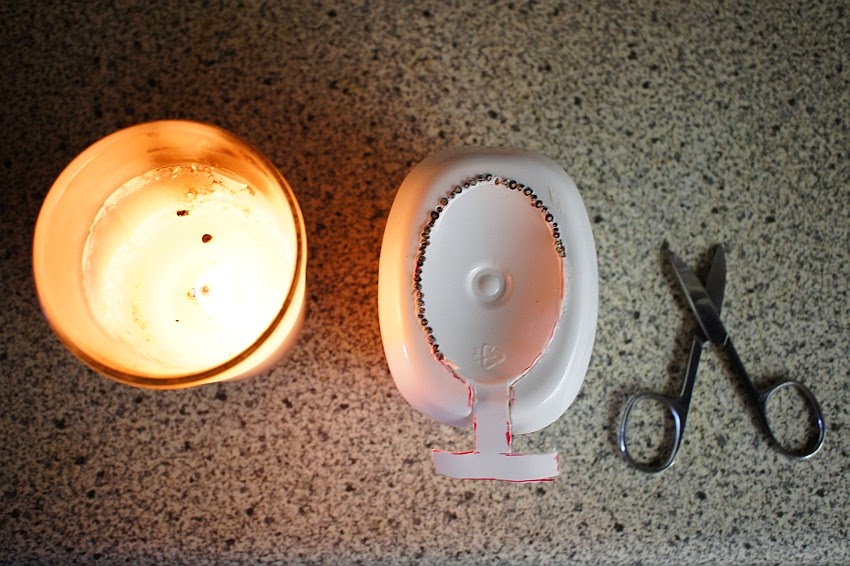 Here you can see the almost final version in action. There is still a lot of light loss, so in the final version I covered the inside part with aluminium folie and also covered it outside. 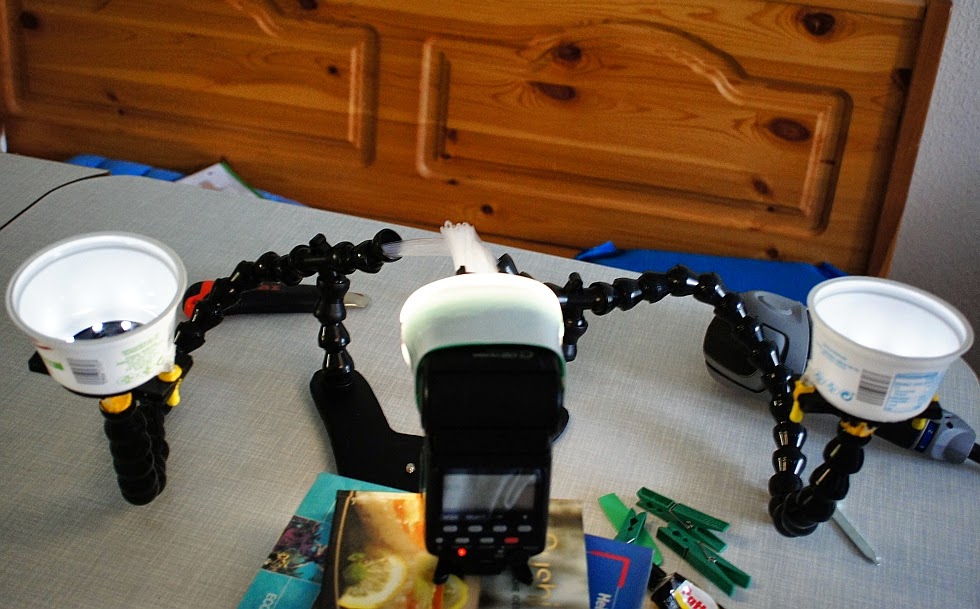 Some foam rubber was also used for a better "push and fix". Soft box is usually not really needed due to the arrangement of the fibers but to achieve an even softer light a new soft-box was designed.  A plastic container of my favourite rice pudding was used, but I painted the side of the soft-box to not to look so getho (It didn't help I have to confess). 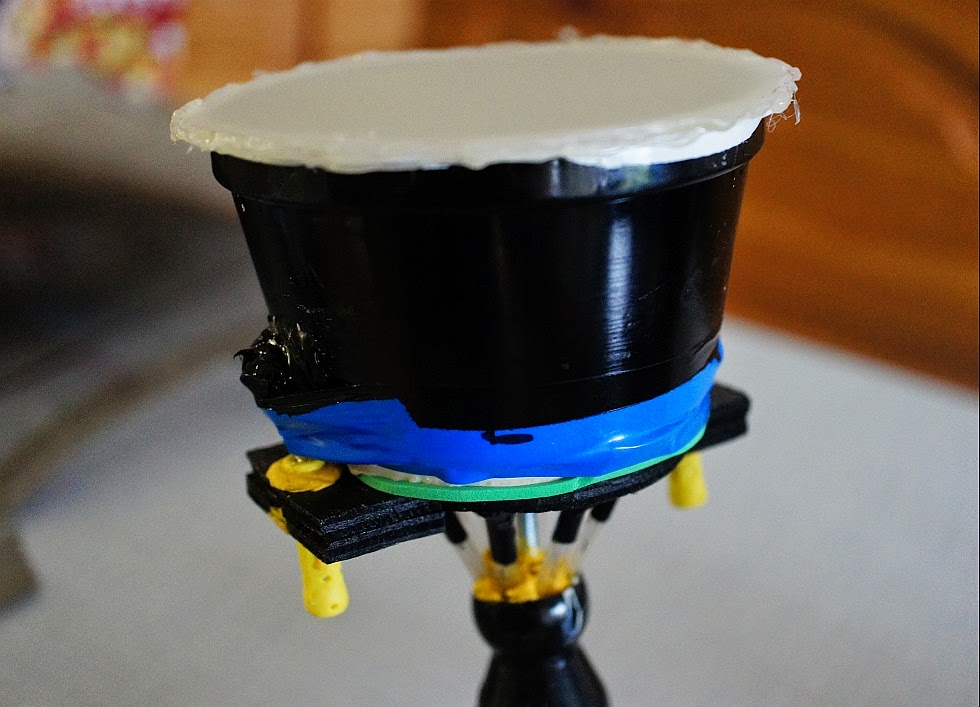 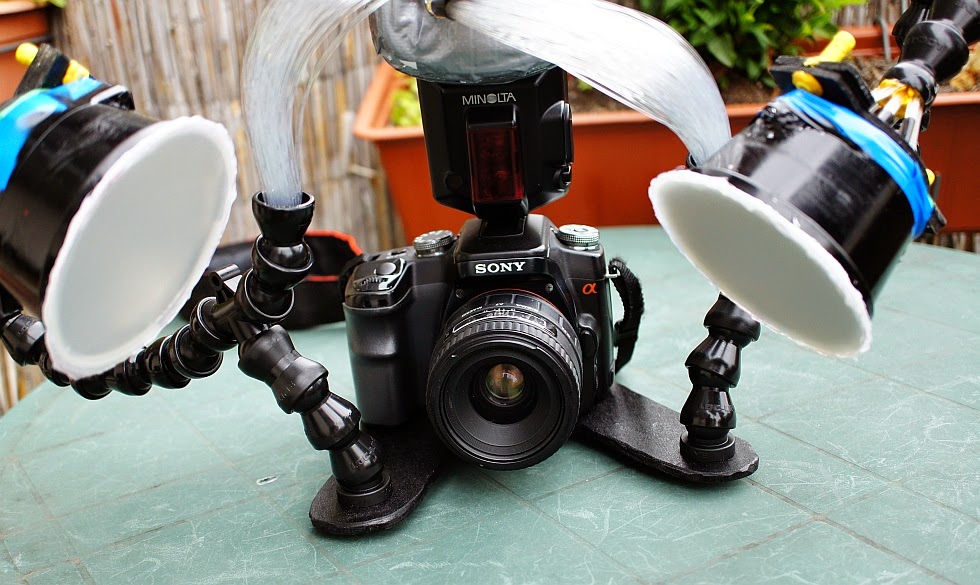 How does it work?? Almost perfect for macro, but due to the length of the fiber the light loss is quite a lot. Nevertheless, when the light is placed close to the subject no problem to set the highest F numbers even at base iso. Few photos taken with the new set up (all hand held): 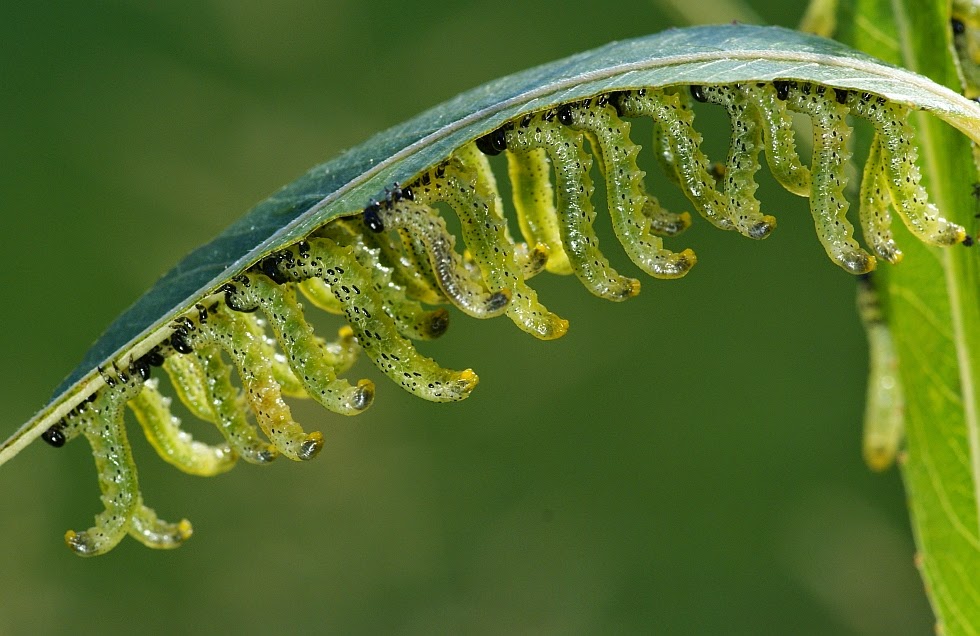 Here, the direction of the light was important because the worms were in the shadow. I aimed the arms facing fom below to upwords position. 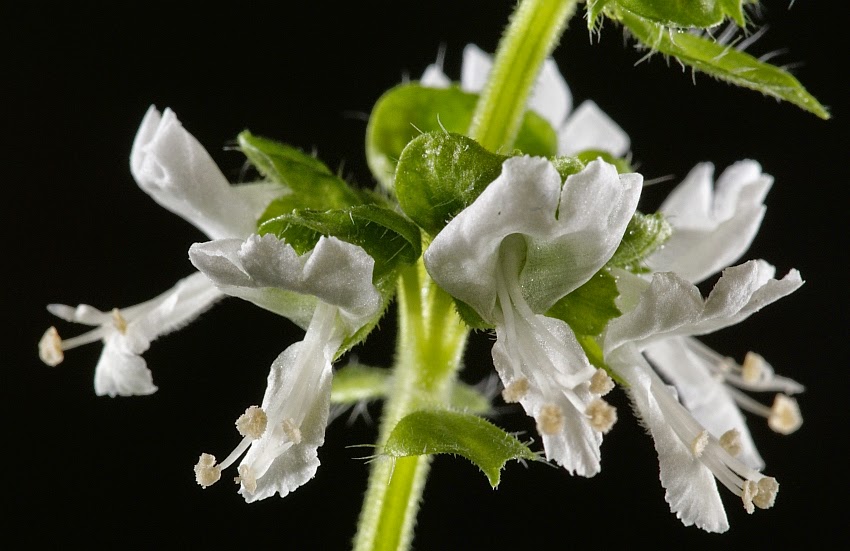 Light was placed to the sides more in a kind of backward position while taking the above picture. 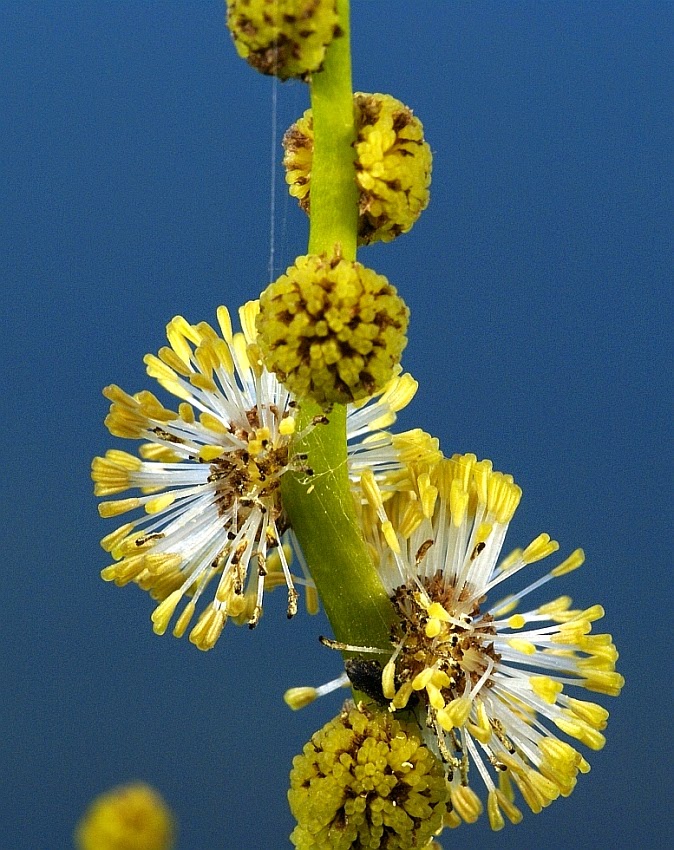 This is a typical side lighting with slightly underexposing the background (sky). 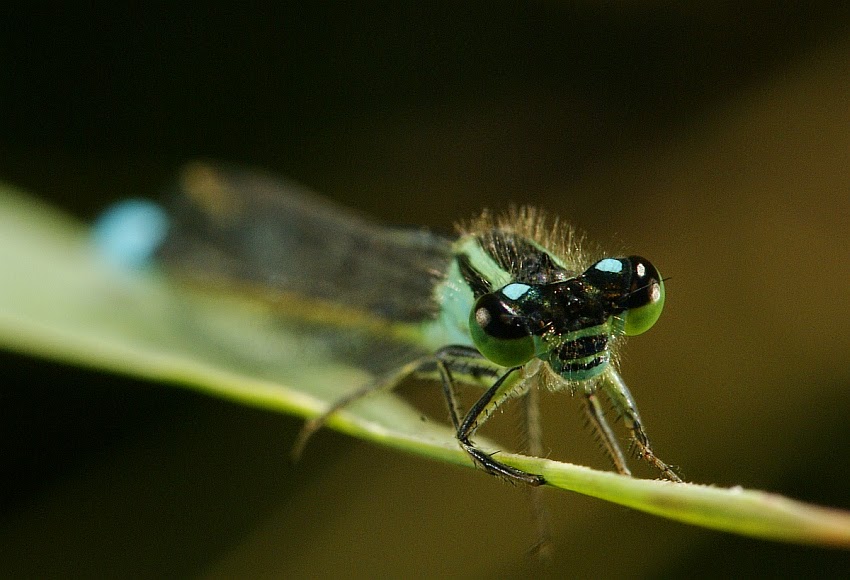 Used as simple front-side light to approach this damselfly. It was not afraid of the two light arms.
More photos are coming
Cheers