This post is also an entry to the "How I took it contest" of http://www.diyphotography.net/

The idea to create an adapter mimicking a twin flash came from the V3 design. This adapter included 4 flexible arms and it's attached to a bigger cobra-type external flash. Although the ring-flash adapter works well with my mirrorless camera (nex-5) I wanted something more versatile option. In addition, I always wanted to try a twin-flash but the price of the commercial products just distracted me. So I decided to create something similar. I had to find some solution for the support of the flexible arms, because it was obvious that a small flash of a mirrorless camera cannot hold it. So I designed a plate that will hold the arms and cut out it from fiberboard. Something more sturdy, such as aluminium plate would be even better. After drilling holes for the arm and the screw for the camera I painted it black: 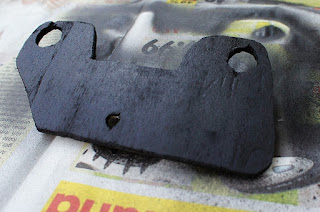 This time I wanted to use ariana arms (see my previous post about flexible arms) but the local supplier I tried brought me loc-line. I used an Y-piece in the design but I had some difficulties to push through the fibers. You may try T-piece, and order all pieces in black version. The orange one looks a bit stupid: 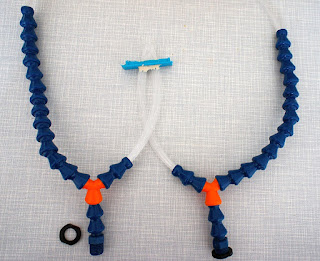 It looks like that when fixed to the plate by screws (it was custom made and quite expensive): 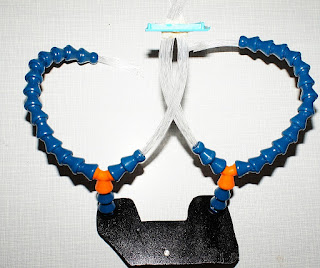 After gluing the end of the fibers in the middle to a plastic piece (for details, check my previous post) and the next day I trimmed back and polished the ends. Depending on your flash powering the adapter, you may use some cardboard to attach the branch of fibers in the middle to your flash. I used a big plastic syringe (60 ml), because the head of my new flash is round shaped. I used for this final step hot glue to fix the blue plastic piece to the tube cut out from the syringe and aluminium folie to pad the tube inside and lots of duck tape to cover it outside (prevention of light leakage is very important). See the final form of the adapter below: 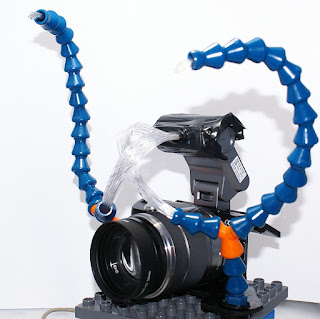 Alternatively, you may look around in the kitchen for some hard paper roll. The plastic material of the syringe was difficult to cut. You may attach any kind of light modifier to the end of your twin-flash adapter: 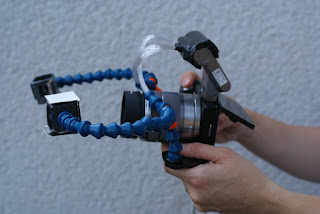 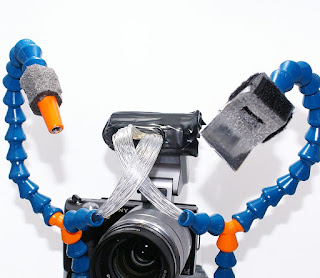 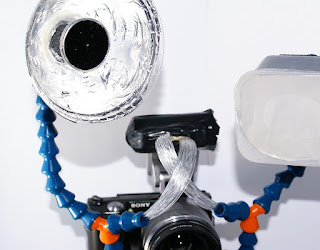 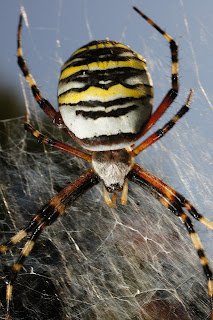 In addition, it can create some very special light effect like this sea urchin lit from inside: 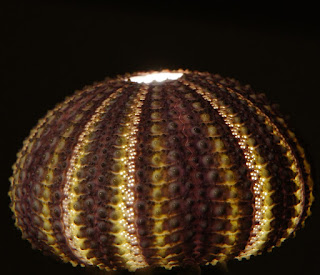 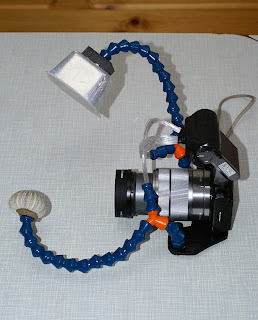 The other advantage of this twin-flash adapter that it can be folded in many ways and it can be used even with wide angle or fisheye lenses: 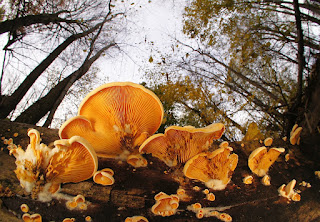